You are here: Home / News / I told them it wouldn’t work 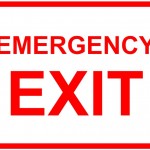 South West One was created in 2007. It was an accident waiting to happen from the word go. Unfortunately not one of the participants was prepared to listen to the word ‘stop’. The County council, Taunton Deane council and Avon and Somerset police signed up to a scheme run by IBM who were only interested in profits. None came. Nor did £200million in promised savings. SCC quit the sinking ship a year or two ago. The police are baling out too. Which leaves Taunton Deane relying on IBM’s dreadful computer system and quite a lot else besides. Last year Taunton continued to insist that South West One had been good for them. At last an dose of honesty is being prescribed. Those with a strong stomach may care to read  how the council can rid itself of this awful expensive mess. Don’t say I didn’t warn them: TDBC and WSC sharing close down report Item 8  and TDBC SW1 contract exit planning Item 10 March 2015