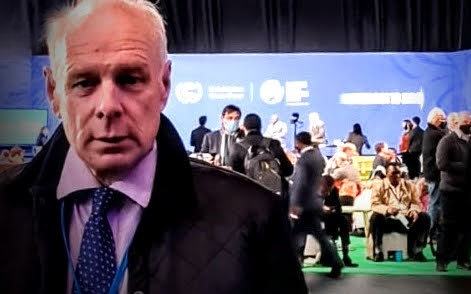 In the past week I have spent a great deal of time in Glasgow at the vital climate change conference, COP-26.

The world’s political leaders may have come and gone, but the hard work is still being done. It is a fascinating process in which to be involved, even in a small way.

The big issues of reducing the world’s reliance on fuels such as coal have already made headlines, but there are many more very important targets for which agreement may be much harder to obtain.

My interest in these matters is not only because of Hinkley C and its future contribution to carbon neutral electricity generation here at home, but the way the rest of the world – in particular some of the harder pressed Commonwealth nations – can attempt to hit whatever targets are set.

I am proud to serve in a senior role with the UK Commonwealth Parliamentary Association.

I am still keeping fingers crossed that this conference will mark the first big step towards greener gIobal ambitions . But it could, so easily, fall short. One week of hard talking to go….