You are here: Home / About Ian / Pay and Expenses 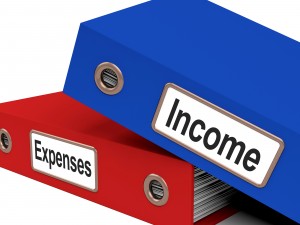 I am paid what many people may think to be a huge annual salary. I also qualify to claim expenses where these have been properly spent.

You deserve to know what I’m spending it on. The figures for every MP in the UK are published by a body independent of Parliament.

I employ a wonderfully efficient Executive Secretary and Office Manager to keep the wheels oiled properly in Bridgwater. I have also taken on three extra part-time hands to deal with the growing workload – one in Bridgwater, two in West Somerset. I use a researcher in London to keep me briefed and my long-suffering wife Jill works for me in a Secretarial capacity in London and the constituency. I drive a diesel car and clock up a high annual mileage in and around the area.

If you ask me to reveal the precise remuneration of each of my employees I will politely decline. The House of Commons voted to declare only the figure paid out of public funds for total staff costs. Members of my team are not elected representatives. As private citizens they have the right to decide what to disclose. If they choose to tell you how much they get paid, fair enough.

But, like Civil Servants (who are also remunerated out of public funds) they have a right to privacy. I am happy to let you know the pay scales into which each member of my team fits. You can read the details for yourself in this document, which lists all staff pay scales.

Everything I now claim is very carefully scrutinised by the Independent Parliamentary Standards Authority,

I want to be seen as squeaky clean and I would much rather operate under a system that said – “here you are, here’s a decent salary, but NO perks. What you spend is up to you, but don’t expect any extras”That is why I was the first MP in Britain to publish details of my pay and expenses in 2004. People have the right to know where the money goes.