You are here: Home / About Ian / Biography 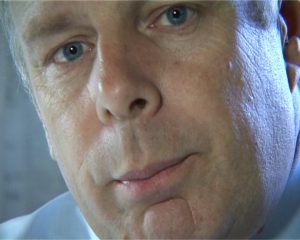 I was born in Scotland on February 23rd 1959 and christened Ian Richard and (of all things) Peregrine – in honour of the falcons that swooped and hunted near my childhood home. My parents sent me to Millfield School in Somerset, From there it was straight to work – first in farming (I learned to run a 250-acre arable farm), then in building and property.

I joined the Territorial Army, rising to the rank of Major and became a consultant to Army Land Command HQ in Salisbury and to the MoD in London. I’m still on the reserve list. I keep in regular contact with my regiment and I have visited Iraq and Afghanistan several times with British forces.

My taste for politics began when I tried (and failed) to win a seat in the European Parliament in the North East of England. My chances of winning were slight, but I quickly realised that meeting people and trying to find answers to their problems was my real vocation.

I first ran for the Westminster Parliament in Torridge and West Devon (and losing is good for the soul). The Conservative party picked me as their candidate for Bridgwater and West Somerset within just a few months of the 2001 general election. I was treading warily in the footsteps of Tom King (now Lord King) who represented Bridgwater for 31 years and served in Government – latterly as Secretary of State for Defence – a hard act to follow.

I know the area well . I love it and I live in it (a few miles outside Williton) These days you’ll catch me at Westminster during the week where I chair and participate in a wide range of committees.

I fervently believe that Parliament is there to help people. The best way I can assist my constituents is by getting stuck into the whole Parliamentary process and making it work for all our benefit. This extends far beyond debates in the Chamber and the right to ask questions. I think I can best serve my constituents by helping to develop new ideas which extend the political debate. That is why I have taken the trouble to form several important Parliamentary Groups to examine issues from an all-party perspective and help to highlight your concerns.

In addition to these influential bodies I have joined around a dozen other specialist subject groups in order to increase my knowledge and be of better service to people in Bridgwater and West Somerset. For example I chair the All-Party Cider Group which helps promote one of Somerset’s best-known industries.

My committee work now occupies a great deal of time at Westminster. It is fascinating and immensely useful, but I still find opportunities to ask searching questions of Ministers about matters closer to home. I also make time to campaign on behalf of everyone who seeks the intervention of a friendly but forceful local MP.

If you need to see me urgently I will always do my best to assist. Here are my contact details