You are here: Home / News / MUST TRY HARDER 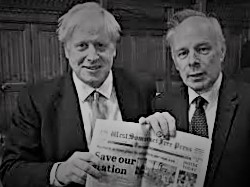 Don’t get me wrong, Boris Johnson is a likeable man and can be surprisingly kind and loyal. So when I voted “no confidence” in him this week it was not a personal issue.

I was convinced that his shortcomings in Downing Street were doing too much damage to the reputation and record of the Government, however many heartfelt apologies he offered.

I believed when I voted that change was necessary. I was one of 148 MPs who wanted to end his leadership.

NOTE: Since I wrote this original post much has happened. Boris tried to hang on. But disillusion had set in, and on July 7th after the resignation of several Cabinet Ministers it was clear to him that time was up. He resigned as leader, sparking a rush for the crown which is ongoing and will only be settled after a vote of all party members (not just MPs). So he remains Prime Minister until early September.