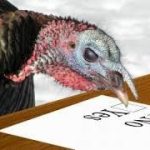 I salute the Councillors of West Somerset. I totally disagree with their decision but, of course, I respect the size of the vote in favour. However it is now up to the Council to convince local people that merging with Taunton is likely to work and is what people really want. I hope, and will press for, the most rigorous test of public opinion. The Boundaries Commission normally requires a full-blown referendum whenever councils seek to merge. West Somerset people deserve a proper say. Last night their democratically elected body voted to scrap itself. There are 28 Councillors at present. At the end of thjs process West Somerset may have as few as 9 or 10 representatives on a big new authority based in Taunton. West Somerset could end up as the giblets. This was meant to be all about safeguarding local services. But the Government would much prefer a wider arrangement that also involves Sedgemoor District Council.  Any proposal for merger will have to be signed off by Ministers. Do not expect any Minister to eagerly pick up their pen if the terms fall short.