You are here: Home / News / Failure to connect? 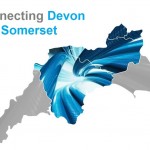 There is nothing wrong with the idea of “Connecting Devon and Somerset”. Our rural communities desperately need decent broadband. But CDS has proved remarkably slow to deliver so far. In 2015 they ditched BT, saying the company’s bid to wire up the area was uncompetitive. Very brave, you might think. But since BT used to be Britain’s ONLY telecoms operator it is arguably a risk too far to ditch them in rural areas where alternative suppliers are extremely scarse. BT may well have overcharged for Phase 1 of their work. That is why a scheme to recover money was designed. The rules say that when broadband take up reaches 20% “clawback” can begin. According to a senior figure in CDS broadband take up is now 22%. Can this REALLY be true? If it was then CDS could demand almost £10million from BT. But for some strange reason, Connecting Devon and Somerset has yet to claim a single penny! So, is this a mistake, bad management or what? I also note, with dismay, news that an independent auditor has still to start work taking  a long hard look at BT’s projected sums for the next phase of superfast broadband. Months have been wasted. Devon and Somerset remain woefully low in the national rankings for a properly connected area.  I intend to take the matter up directly with Ministers, and I am also joining a wider campaign to stop Internet Service Providers (including BT) deliberately slowing down fast broadband speeds to rural customers.