You are here: Home / News / Copper Bottomed IBM? – not any more! 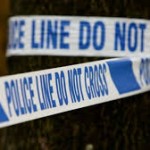 In 2007 the wife of the serving Police Chief Constable, Colin Port, was working for Somerset County Council. She was one of the main architects of a joint venture with IBM called South West One. This new company promised to save its partners a fortune. Somerset and Taunton Deane signed up at once.  Colin Port waited a bit longer. But the results were equally catastrophic. South West One was a total failure. It cost tax payers tens of millions of pounds. It saved tiddleesquat. One by one the people behind it disappeared. Some were expensively sacked. Others vanished.  And one left for pastures new and made an equal pigs ear of his fresh job. Eventually Colin Port also got his come-uppance.  Somerset and Taunton councils quit the whole  experiment.  And finally the police have got the message and the end is nigh for one of the worst outsourcing fiascos the UK has ever seen. Heartier congratulations might be in order if they’d done it a whole lot sooner.