Readers may be aware that I am very concerned indeed about the manner in which the former Chief Constable, Nick Gargan, was investigated and punished by the Police and Crime Commissioner Mrs Mountstevens. It struck me as a witch hunt and a … END_OF_DOCUMENT_TOKEN_TO_BE_REPLACED 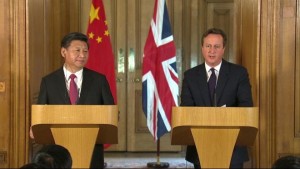 Chinese President Xi Jinping and David Cameron have unveiled a deal by which China's nuclear industry will buy out one third of the cost of building the new power stations at Hinkley Point.  The agreement is worth £6billion and it now … END_OF_DOCUMENT_TOKEN_TO_BE_REPLACED

I took swift action after the election to form a new group in Parliament dedicated to fight for superfast broadband to be delivered throughout the constituency. The problem is that it is very good in some places and almost non-existent in … END_OF_DOCUMENT_TOKEN_TO_BE_REPLACED