You are here: Home / News / “What goes around, comes around”

Regular readers may remember the man who used to be Somerset County Council’s Director of Resources. In 2007 Roger Kershaw played a leading role in negotiations towards the formation of South West One.  He was one of the key signatories of a contract that promised (with IBM) savings of hundreds of millions of pounds and delivered precisely nothing  – except losses and debt.  SCC is still paying heavily for this disaster. To add insult to  injury the County’s former Director of Resources was allowed to be the County’s “Section 151” officer – the man responsible for ensuring that such contracts were squeaky clean!  This was a conflict of interest “par excellence”. In truth it stank. Eventually, when political control changed hands, the prime architect of the mess – Chief Executive Alan Jones  – was booted out and Mr Kershaw resigned  shortly afterwards. He secured a lucrative local government post in the city of Derby. 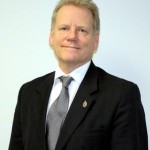 Now  something seems to have gone sadly awry up there as well. I will be watching developments with interest. It is, as Lady Thatcher once said, a funny old world.