You are here: Home / News / Thursday – join the mass picket 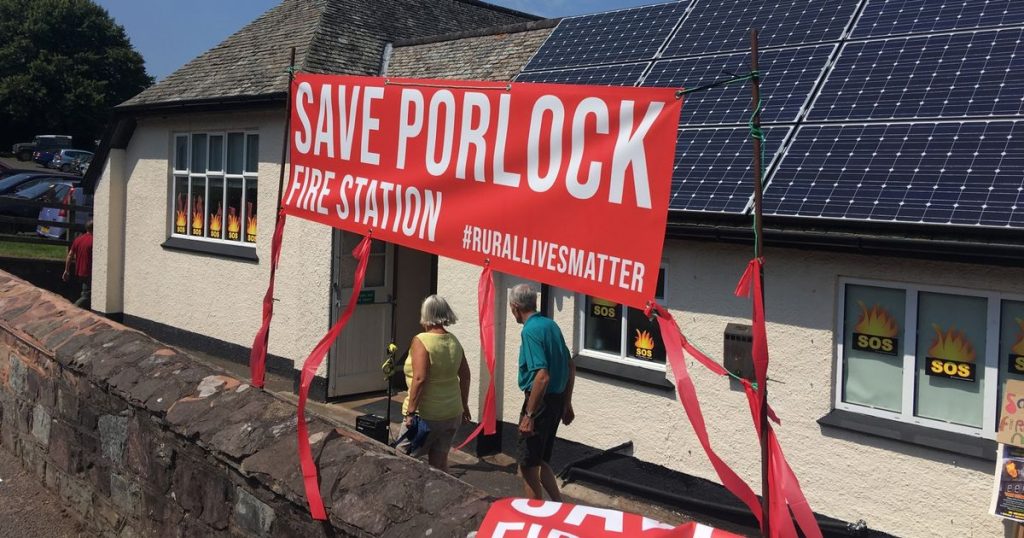 I want to see the strongest possible public support for a protest in Minehead this week.

Devon and Somerset Fire and Rescue Service officials should be left in no doubt about the anxiety and anger they are causing with their proposal to close Porlock fire station.The station is scheduled for axing in every single one of a number of options the service’s auditors, accountants Grant Thornton, have put forward for reducing costs.

I think the proposals are nothing more than a desk-top exercise by bean counters, and which take no account of local factors such as the high number of elderly people, the preponderance of thatched properties, and the effect of holiday traffic on journey times.

We should all join a mass picket of a fire service drop-in exhibition being staged in Minehead library on Thursday.   Minehead town councillors are calling for a huge turn-out for the protest because the cuts could affect fire cover in the town as well.  The fire service says the event is an exhibition and not a public meeting.

I really don’t care what it is called: the inescapable fact is that it is being organised by the fire service and it is up to all of us to ensure that we treat every appearance by the fire service in this part of the world as an opportunity to tell its leadership how they are getting things disastrously wrong.

We absolutely must hammer that message home by any means at our disposal, whether through the official consultation channel or by public protest.Far better to shout as long and loud as we can now than to have to say ‘we told you so’ at the first catastrophic fire – or possibly worse – resulting from the closure of a vital local facility.