You are here: Home / News / THE LAWYERS ARE COMING 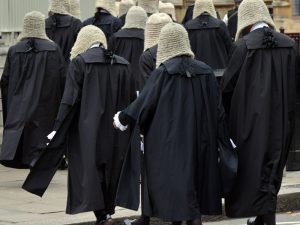 Our four District Councils have taken the best legal advice, and the answer is clear.

There is nothing to stop them holding  referendum to give people a decent chance of showing their views on the two plans for reforming local government…..whatever the Secretary of State, Robert Jenrick may say.

Mr Jenrick wrote sternly to all four councils warning them of the risks and suggesting that he wouldn’t have time to consider the results of the referendum if they did proceed.

That was like waving a red rag at a bull.

Councillors throughout the districts are now even more determined to give the electorate a proper voice. and stage a referendum which the government will ignore  at its own peril.

I believe they are correct to take this stand.

Democracy has already been put on hold with the postponement of the County Council elections. That poll should have taken place next month but was cancelled at the request of Somerset County Council!

The consultation offered by the government was riddled with flaws and did not give Somerset people a fair chance to participate. I am continuing to raise these issues with the government and the latest instalment came this morning when I questioned my Somerset colleague and Leader of the House of Commons  – Jacob Rees-Mogg: