You are here: Home / News / SOMERSET MUST BE REUNITED 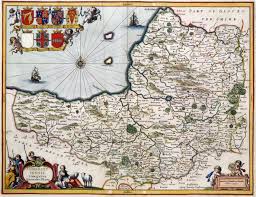 A few hundred years ago Somerset was a very large, very powerful county that had not changed shape and size since King Alfred’s day. It worked because it had real clout. It is high time we reunited Somerset and made it strong again. Sadly local government reorganisation in 1974 and 1996 turned the place into an administrative patchwork quilt. Somerset County Council does not represent all of Somerset, just a section of it. I want my county back. The best way of making it happen is to support the ideas of the District Councils who have developed imaginative plans to form a new Greater Somerset Combined Authority, which would include the two existing Unitary councils. This is a far more intelligent proposal than that  contrived by Somerset County Council. Tonight Sedgemoor District council voted overwhelmingly to back the Greater Somerset scheme. There was no opposition, only one member chose to abstain. The outcome is highly significant. The votes in favour came from every single party. It is an important message to the Government.

Yesterday I held a debate in Westminster Hall, at the House of Commons, which I invite you to read in full

Today I was able to ask the Leader of the House, Jacob Rees-Mogg MP about the need to bring the county back to its original size and restore what the Great King Alfred fought for: