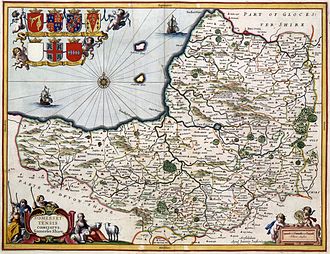 Before 2015 there wasn’t anything called “Somerset Day”.  In truth the county disappeared as an easily identified place in 1974 when the government of the day chopped it up and neutered its influence.

Somerset County Council does not represent the whole county, just a chunk of it. We got a specially named day as a booby prize.

However the real Somerset Day – a day of reckoning – is coming soon.

Next Tuesday voters will at last be given the chance to tell the politicians in charge what they think about plans for local government reform.

They will be invited to do so by the four district councils who feel that residents have been badly short changed in terms of genuine consultation.

This is a referendum to give a message to Ministers. The referendum cannot force them to listen but they would be well advised to do so.

The voice of the people is important and deserves to be heard. The referendum will be conducted both by post and online and last for several weeks in order to allow everyone who is eligible to take part.

It will be strictly and independently scrutinised.

It will, above all, be absolutely fair – unlike the shoddy questionnaire which the government organised.

Today Her Majesty opened a new session of Parliament and I managed to raise this issue during the debate that followed: