You are here: Home / News / SHAME ON THE COUNTY COUNCIL 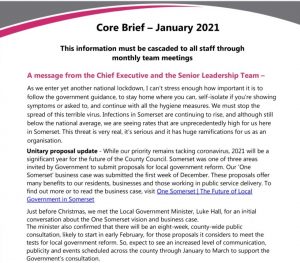 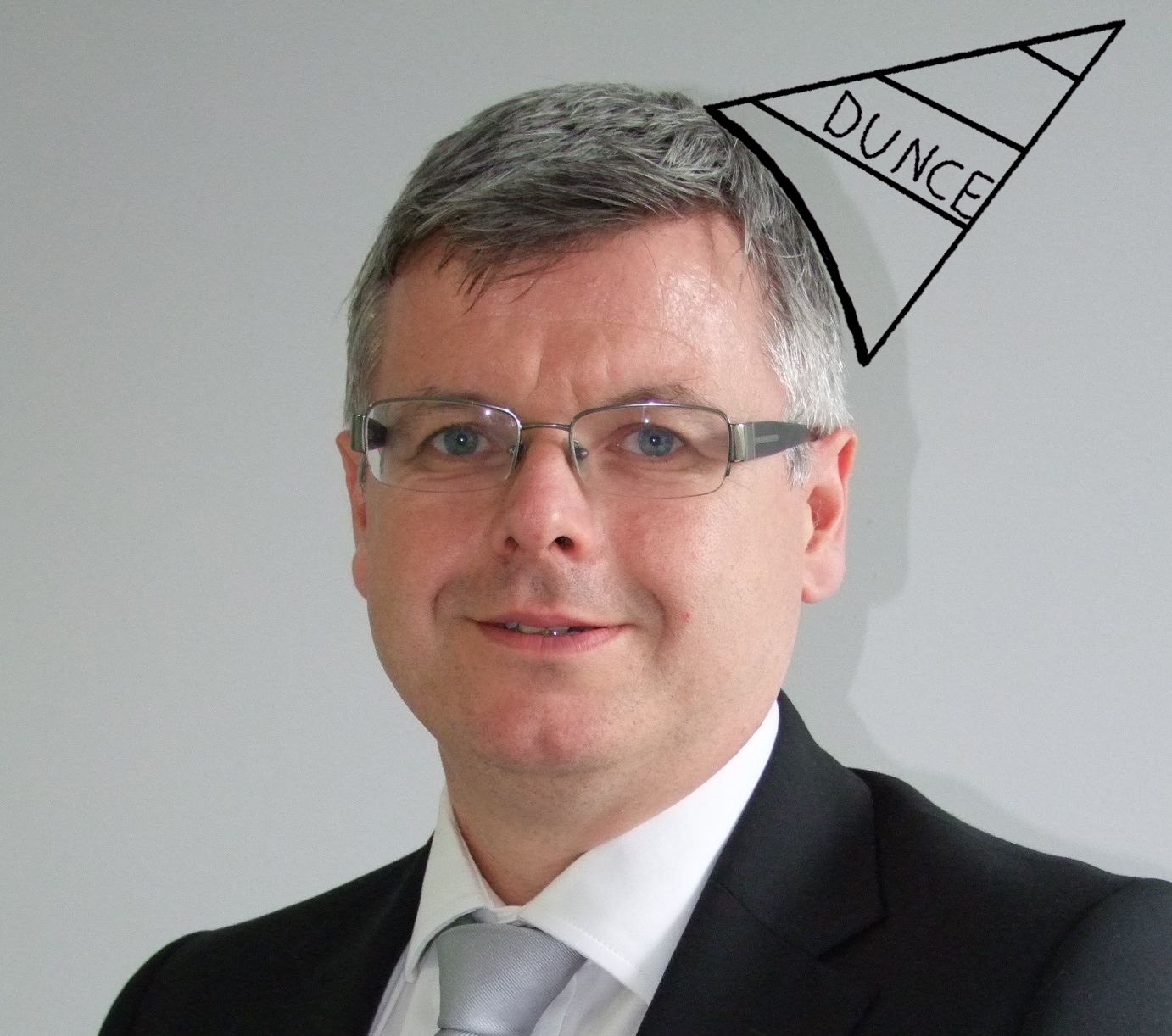 I could not believe my eyes when I read this absurd document. The “Core Brief” just issued to all Somerset County Council staff warns of a pandemic the likes of which we have not seen before. It was written after the introduction of the latest lockdown, but it goes on – without apology, explanation or any sensible reason –  to tell everyone that plans for One Somerset will nevertheless proceed as though nothing at all had happened.

This is based on a wildly inaccurate assumption. In December, the author goes on, the One Somerset team met with a Minister. In fact there was no physical meeting. (One Somerset was invited  only on an internet link. They were given exactly the same non-preferential treatment as the Stronger Somerset team – which represents the District councils and has a very different solution which I happen to believe is much better for everyone.)

Anyway, these sessions were held in December, quite a bit before Christmas when England was expected to be freed up for five whole days of family festivities.

We all know what actually happened. Well most of us do. Except Mr Pat Flaherty, Chief executive of Somerset County Council.

In this document, circulated to staff just a few days ago, he continues to parrot an out-of-date expectation that the Government will still announce a major consultation exercise about Somerset local government reform in February. And Flaherty alerts his lackeys thus: “expect to see an increased level of communication, publicity and events scheduled across the county through January to March to support the Government’s consultation”

What is the man thinking about. First he tells us about the very real threat from a new, highly contagious, variant and adds that all staff must work from home. Then he heralds a giant round of publicity!

Somerset County Council should never have launched their One Somerset plan at the start of Covid last year. Now Mr Flaherty, presumably cheered on by the Leader of the council, is previewing a month of stunts and events as the death toll rises. The Government would never ever dream of arranging such a consultation which involves seeking the public’s views during the height of a deadly pandemic. It will, I am sure, be postponed until it is safe and fair to conduct it. Mr Flaherty should know that.

Sadly, the marbles of the men who run County Hall have gone missing.