You are here: Home / News / IVAR THE BONELESS (of Somerset County Council) 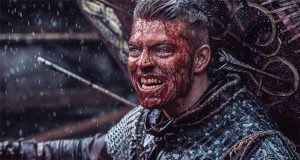 By all accounts he was insanely brave, but ended up unloved by the Viking army he led. And, like all the other Vikings, his reign of terror ended in Wedmore when King Alfred signed a deal with their king to send the whole lot of them back home in the general direction of Denmark.  Ivar the Boneless was no slouch on the battlefield but did not have the loyalty of his own troops. It may be ancient history but there are surely some parallels to what is happening right now as Somerset County County fights to persuade the government that its dreadful One Somerset plan is the only option for local government reform. In fact a far better arrangement is already being suggested by the District councils and the government could use the opportunity to completely redraw  many boundaries and restore Somerset to its traditional roots. Once again I have been raising the issue with the Leader of the House of Commons, Jacob Rees-Mogg today: