You are here: Home / News / HOW MUCH IS A UNITARY COUNCILLOR REALLY WORTH? 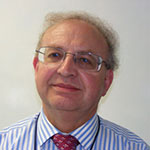 This man should know. He’s a senior Civil Servant at the Ministry of Housing, Communities and Local Government and the figure still charged with pushing through more unitary councils all over England.

The Secretary of State and the Minister for Local Government may have been sacked last night but Paul Rowsell is a permanent civil servant and will carry on.

If Somerset’s new unitary goes ahead, Mr Rowsell can claim much of the credit and quite a lot of the blame.

It is he who ordered the planned number of councillors for the new unitary to be cut back.

The latest Rowsell formula is a council with 80 members, rather than 100.

This was designed to save money, but the consequences should have been obvious. How can 80 councillors genuinely cope with case work from such a large county? The thought has dawned on existing Somerset County Councillors too and the present Leader.

Sources in Whitehall are already letting it be known that the Leader of Somerset County Council has secretly presented Mr Rowell with a wish list for much higher pay.

The aim is to give the new Leader of the new unitary a pay cheque of over £80,000 a year. Even lowly councillors might come out of it with up to £6o,000. This would place Somerset way above the rate of recompense for any councillor anywhere in England!  I raised this matter today with the Leader of the House of Commons Jacob Rees-Mogg: