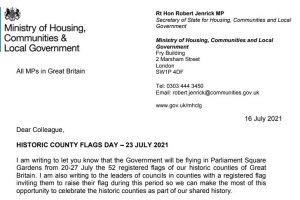 The Cabinet Minister in charge of local government is flying flags on Wednesday.

I doubt if he will be hauling them up the flagpoles himself, but he intends to display “Historic” flags from all the English counties – including Somerset – in Parliament Square.

The word “historic” normally means “having importance or influence upon history”, so the Somerset flag he will be flying does raise some questions.

It was adopted as recently as 2013 and displays a bright red mythical creature on a background of what appears to be fluorescent custard.

The creature is supposed to represent a dragon.

In fact it should be a golden Wyvern, which was the symbol King Alfred preferred on his own banners as his volunteer army fought off Danish invaders.

But heyho, never let the facts spoil a good story. 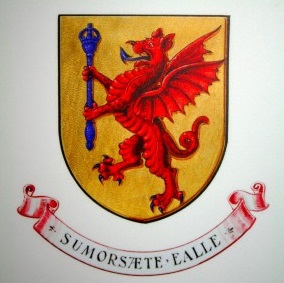 Over the years interfering  Governments have chopped up the county and handed part of it to interfering busybodies at County Hall who then spent subsequent years mucking about with the imagery and changing the creature’s colour to purple! 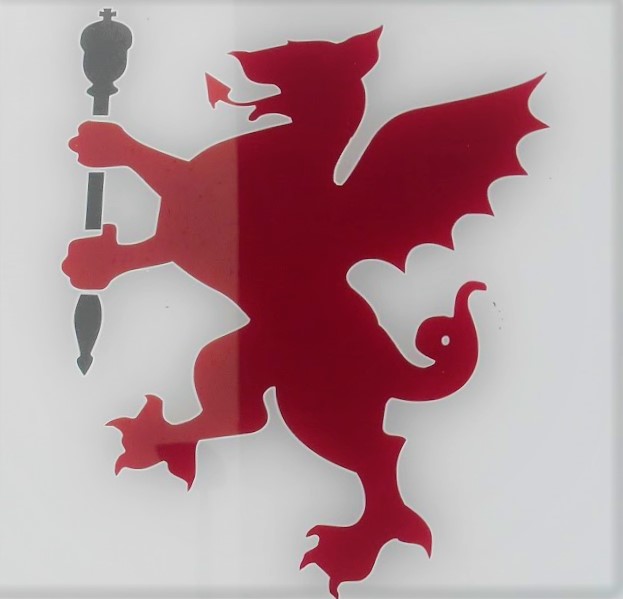 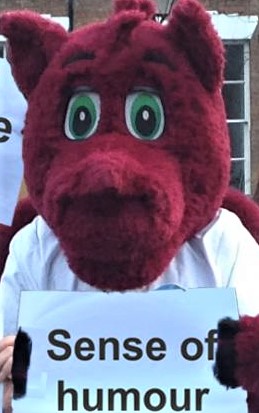 There is even a larger than life-size fluffy purple nylon Dragon’s suit in a cupboard  at County Hall. The Dragon is called “Sparky” and was invented by the Somerset County Council press office. Someone there should be ashamed.