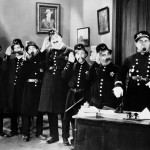 Avon & Somerset Constabulary seems to be very unlucky when it comes to Chief Constables – and that is putting it mildly. Mr Colin Port and his wife dragged the force into South West One, that disastrous outsourcing venture which cost council tax payers a fortune. Then, on the very day the new Police and Crime Commissioner Mrs Susan Mountstevens was appointed, Mr Port received his marching orders. This was probably the only sensible move she has ever made. The Commissioner’s subsequent decisions have been bizarre. She hand picked his successor, Nick Gargan, and then presided over a bitter witch-hunt which led to his departure. Last December she put a new man in place – Andy Marsh.  from the Hampshire force – despite the fact that he had been under intense scrutuny for his actions in a controversial children’s  care home case. There is also another issue – Andy Marsh’s wife is one of Avon and Somerset’s Assistant Chief Constables!  Anyway the inquiries into Mr Marsh’s handling of the case cleared him. But since his new appointment someone has complained and appealed and won the right to yet another full blown inquiry. In my view this turns the heat up on the Police and Crime Commissioner.  Should she have dug deeper first?  I have already written to Mrs Mountstevens and I raised the matter yesterday in the House of Commons:

“May we have debate about the Avon and Somerset Police? We are now on our sixth chief or acting chief constable, and we have a police and crime commissioner who is completely out of control. The current chief constable is under investigation for historical sex allegations. He has been investigated once already, and can be read about in Private Eye. May we have a debate, because we need to know whether we have the Keystone Cops or the Avon and Somerset police force—and nothing in between?”