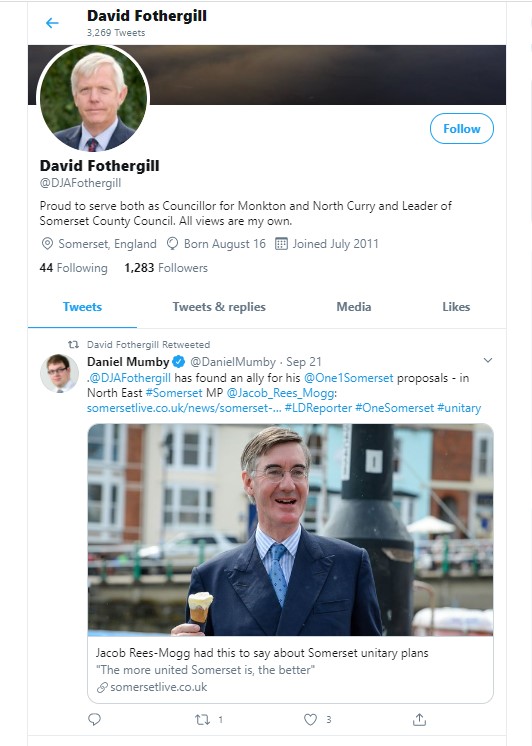 Seven days ago I questioned the Leader of the House of Commons, Jacob Rees-Mogg about Somerset’s muddled county boundaries.

We both agree that any reform of the local government system must try to restore Somerset to the county it once was.

We both agree that the plan suggested by Somerset County Council for a single unitary covering only the area already occupied by the county council simply is not good enough.

SCC’s plan may be called “One Somerset” but there are already two other unitary councils with “Somerset” in their title. “One Somerset” is actually less than two thirds of the real Somerset!

But, sadly, Somerset Live got the wrong end of the stick and published a news report that Jacob was backing Somerset County Council.

This might have died the death quietly, but the Leader of Somerset County Council then proceeded to “re-tweet” the report – knowing it to be a load of old rubbish.

This week I could not allow such an incident to pass unchallenged. So, once again, I raised it face-to-face with Mr Rees-Mogg: