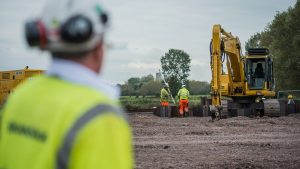 Make a date in your “virtual” diary – 10am, this Thursday (January 28th).  A meeting of Somerset County Council’s Audit committee.

These regular sessions are held to examine different aspects of council spending. The degree of scrutiny depends on the investigative skills of the councillors involved. But Thursday’s session should provide something for eagle-eyed followers of dodgy deals to get their teeth into. Before them will be an innocent looking report that unfolds the most dreadful project management at Somerset for many a year.

It is said to have cost at least £350,000. But many intelligent observers believe the real costs could run into millions.

Somerset signed its latest contract with Skanska to handle all of the county’s highways issues in 2017 in a deal worth £30 million a year. And Skanska have considerable experience in Somerset. The county council was the first local authority in England to use Skanska’s services – a relationship dating back to 1996.

Maybe  Skanska’s record of reliability allowed Somerset to get slack. The fact is nobody bothered to check the company’s invoices – the county council paid up automatically without question month after month and year after year.

I was able to raise this matter during a debate on council tax in the House of Commons yesterday. I anticipate that we will hear a lot more in the days to come. This is yet another example of crass inefficiency which has cost the public big money.