You are here: Home / News / Brexit – my opinion

On the long drive to Westminster this week I expect to hear a sad little Scottish voice echoing in my head: “We 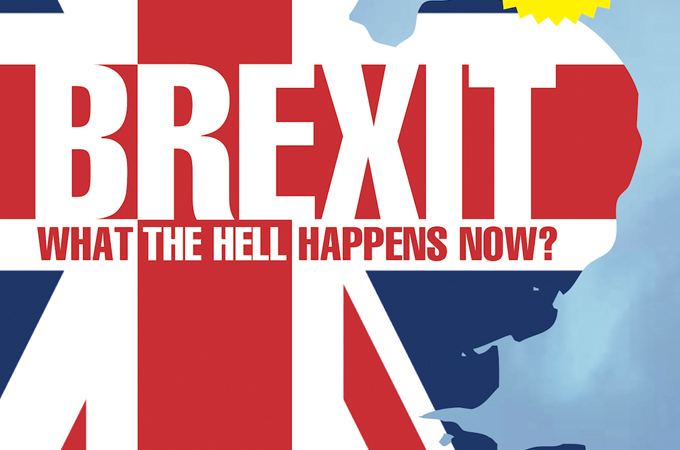 ’re doomed. Doomed, I tell you, doomed”.

Private Frazer of Dads Army was an undertaker, but his catchphrase may seem appropriate to some readers as the latest twists of the Parliamentary Brexit saga move from one unpredictable event to the next.

I confess to being confused and depressed by it at times. People ask me what is going on and where it will all end. All I can do is try to explain.

This government has promised that we will leave the EU, preferably with a deal, as soon as possible. The date of exit is set at October 31st. But an alliance of opposition MPs and rebel Conservatives passed a new law that forces the Prime Minister to request another extension.

Boris Johnson is a victim of numbers. His majority has disappeared. The Referendum result gave a thumbs up to leaving, but the views of too many of his own MPs plus Labour, Lib-Dem, Scots and Welsh nationalists adds up to a different story.

The House of Commons is dominated by remainers. This awful stalemate has already cost Theresa May her job and made our political system something of a mockery. Remember the three defeats of her Brexit plan? Remember the farce that followed as MPs disagreed with every compromise suggested?

When Boris became PM his pitch was decisive. He vowed to do what the Referendum instructed us to do. To leave, with or without a deal. That did not leave much wriggle room for rebellion.

Perhaps his decision to prorogue Parliament early was an unnecessary red flag to a bull? Perhaps his tactic of punishing the rebels went too far?

The only way to sort it out quickly is with a General Election. Labour has been begging for one. But now Mr Corbyn refuses. I wonder why?

Is there any room for optimism? Yes. There is more money for schools in Bridgwater, more investment for the area. The government is still doing what governments are meant to do – planning optimistically.

Whatever happens there will be a future and a prosperous one. Britain has an enviable economy and a remarkably patient electorate. In my opinion all this talk of doom and gloom is just like Frazer’s catchphrase – pure fiction.

(this article is reproduced from the Bridgwater Mercury)