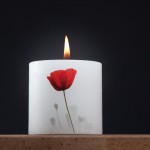 “The lamps are going out all over Europe….” the British Foreign Secretary Sir Edward Grey was remarkably accurate in his assessment of the grim realities that would follow the outbreak of the Great War. On Monday it will be exactly 100 years since the awful battles began. Everyone should take a moment to try and imagine what it was like for those who fought and suffered in the name of freedom. There are many major events taking place all over the country to commemorate the centenary.