You are here: Home / News / And so farewell….but what a waste of OUR money 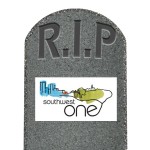 Somerset County Council has already quit South West One, it may well be that Avon and Somerset Police will also abandon the failed partnership and on Thursday this weekTaunton Deane council is preparing to bale out. Not before time. The fiasco of this ridiculous outsourcing “partnership” has cost millions. IBM failed to deliver, the computers didn’t work, and the entire can of worms returned mega losses. Where are the culprits? The ballot box dealt with the Lib Dems who signed up to the original scheme. The Chief Executive of Somerset was given the boot (expensively) but the official from Taunton Deane who  also put her name to it survives to this day:

Penny James was a hearty  enthusiast for South West One. Here’s what she told IBM back in  2010: Penny_James_punching above our weight.

Strangely the reasons she gave for going into partnership with IBM are almost exactly the same as the reasons her officials now give for getting out!  Perhaps the penny has finally dropped. What a costly farce it has all been.